Open Navigation
Close Navigation
Our Organization
Back to News
A Lifetime Of Sharing: A Profile Of Joyce Willard

This year is the 40th anniversary of The Prince Edward County Community Care for Seniors Association. The organization will celebrate its long history of helping seniors live at home at a special event on October 12th, 2017 at Rotary Hall at the Prince Edward County Community Centre. As part of these celebrations, it is profiling some of the many people who have been instrumental in its development.

A Lifetime Of Sharing: A Profile Of Joyce Willard 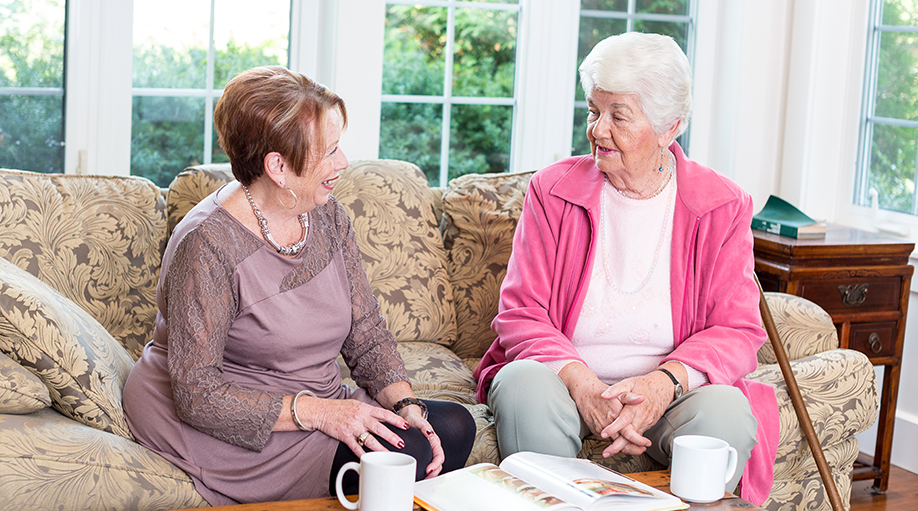 Joyce Willard was born in Glasgow, Scotland immigrating with her family to Canada in 1953. She was eight years old when her family moved into a small upstairs apartment in Toronto across from some other recent immigrants from Italy.

“They introduced us to spaghetti and our faces were always covered in sauce because we had never eaten it,” she remembers. “Our Italian neighbours loved jello because it shook in the bowl.”

Her parents took shift work jobs to begin their new life in a new land. Her father worked in a factory that made chewing gum. Her Mom worked in a delicatessen from four to eleven PM. Joyce learned from an early age that you needed to work hard to make it in life.

It was an important lesson. By 1971, she was a single Mom with three children aged six months, two, and four – and she needed to work. She got a job as a data entry clerk in a U.S.-owned electrical manufacturing company with a branch office in Toronto steadily rising through various positions in the warehouse department from driving a forklift to overseeing the installation of new equipment until her appointment as the first woman Operations Manager in the history of the company.

“I worked hard at my job. I needed my job. And I loved every minute of it,” she says. “Staff used to call me “The Sergeant.” They knew I was tough, but I was fair. “

As she neared retirement, Joyce also began volunteering to visit seniors in the community where she lived. Her first visits were with a retired schoolteacher who had lost much of his ability to speak. Over time she was able to understand him more easily and enjoyed the tests and lessons in geography and world politics they discussed during their weekly meetings. She took this experience with her when she retired in The County and began looking for other volunteer opportunities.

“When I got here I needed something to do. I went into the offices of Community Care for Seniors and I knew right away that that was where my interest lay,” she recalls. “I am passionate about people being able to live in their own homes – passionate about it. I’m older and living in my own home and they are going to have to drag me out of here because what I know now is that there are so many services for small amounts of money that can help keep you in your own home. So that passion really let me accept the opportunity to volunteer here. And I love it. I really enjoy it…. I meet people. I like to talk to people and there are lots of people who just talk back.”

She began by visiting two women in the community, work she found very rewarding. “After two hours you’ve brought something to their lives and it makes you feel good,” she states. “I’d walk out of there feeling good and I enjoyed listening to their stories.”

When her husband Bob died in June 2012, Joyce found staff and the other volunteers supportive and the work helped pass the times of loneliness. These days she can often be found one day each week as a receptionist at the foot care clinic or at the sales counter in the organization’s Thrift Shop on Picton’s Main Street.

“It’s the only job I’ve ever had where it costs me money to go to work,” she says. “I come out of there every week – it never fails – with something. It may be something I need. But it may not. I just can’t resist the deals to pick up gifts for my children and grandchildren.”

The passion for assisting seniors to stay in their homes and to live independent lives is still a big part of Joyce’s weekly schedule.

“I feel good at the end of a day. I just feel good,” she says. “There’s a sense of goodwill and purpose. “

To learn more about The Prince Edward County Community Care For Seniors Association and to register for its 40th anniversary event on October 12, 2017, call 613-476-7493, visit their offices at 74A King St. in Picton, or email: info@communitycareforseniors.org